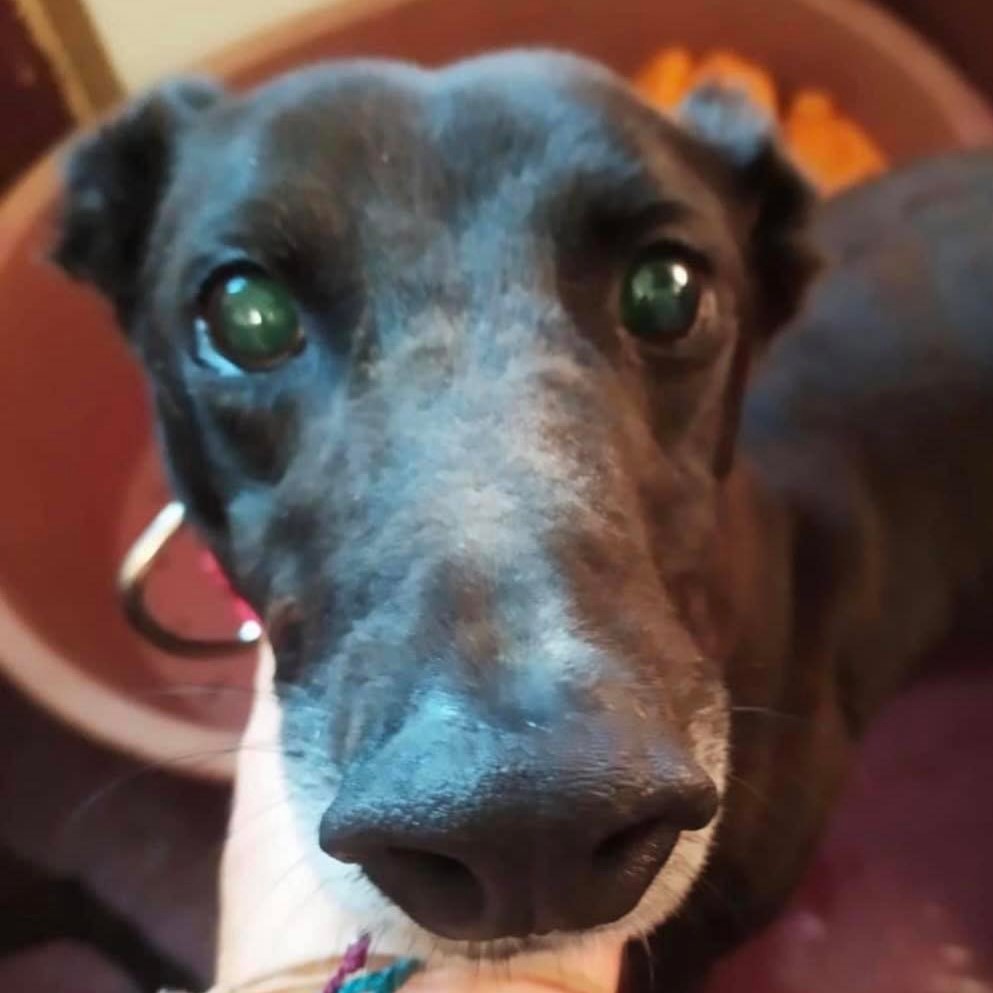 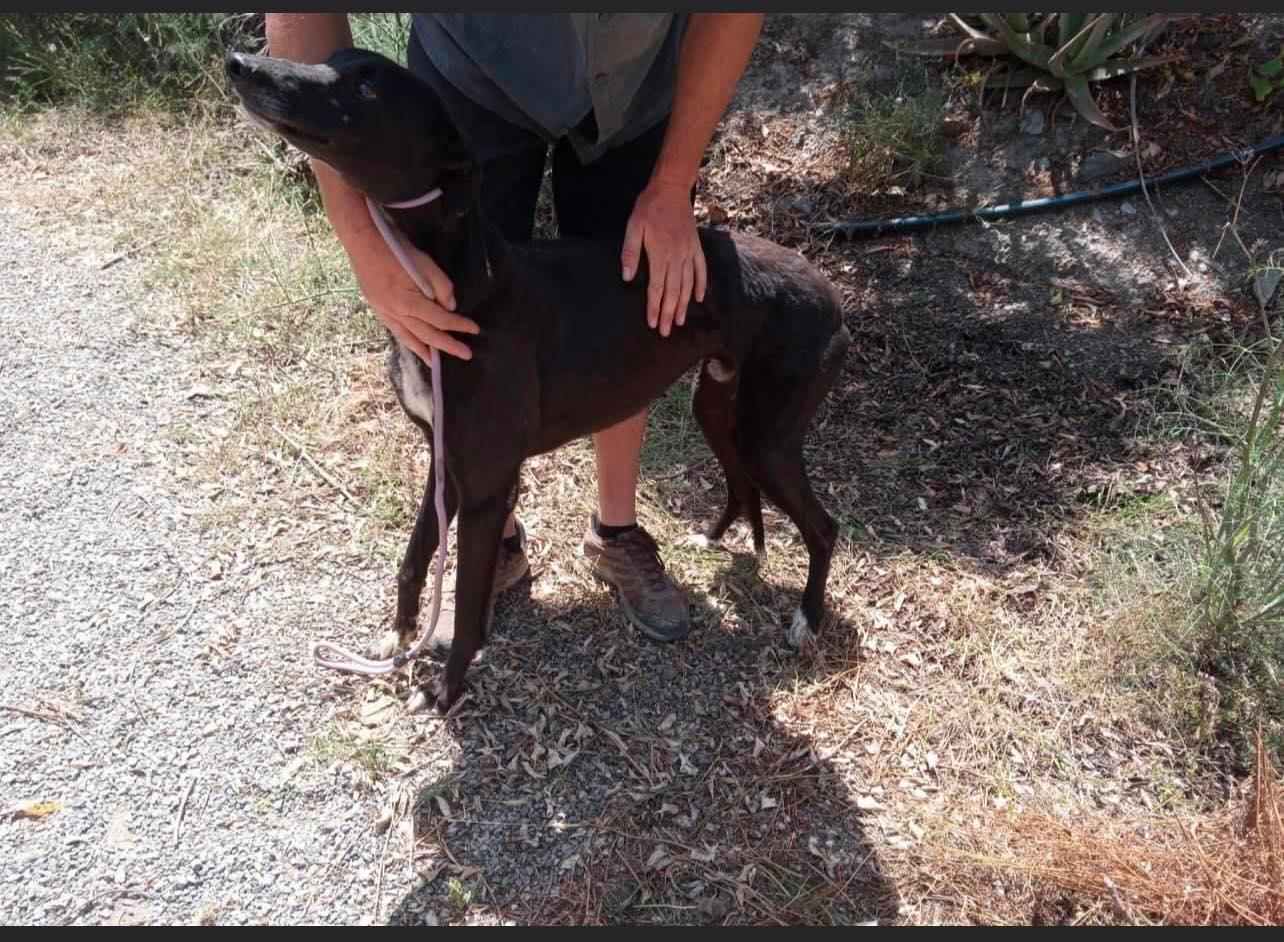 Panda racing name loafers Panda who arrived from Spain a couple of weeks ago is settling in well into his foster home. He was exported to Spain once he had stop racing in Ireland. Panda is on medication for his eyes and will most likely be on it for the rest of his life.

While in Spain he has suffered some kind of head trauma. He was going to the specialist vet in Spain once a week since June. He needed monitoring because without the medication his lenses on both eyes would move.

He also had a bacterial infection called Babesia which effected his eyes also. The pressure in both eyes when we rescued him was 25 it’s now 7. He has been the vets in the UK and they are happy with the process he has made. It’s now just a matter of waiting to see if his eyes fully recover.

We have no idea what has had to this beautiful gentle boy in Spain but it clearly isn’t good. What is clear is he has suffered trauma to his head. Will update more on Panda over the next week or so.