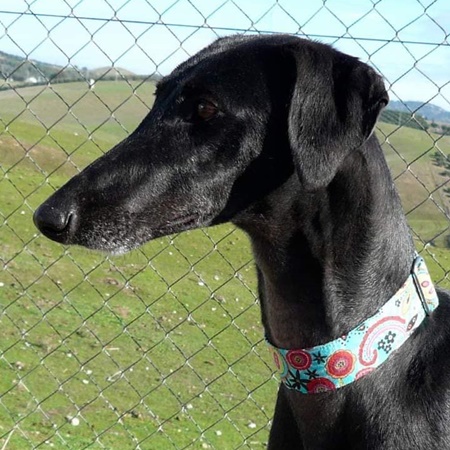 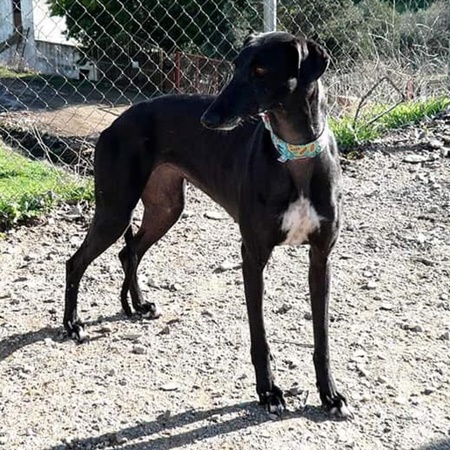 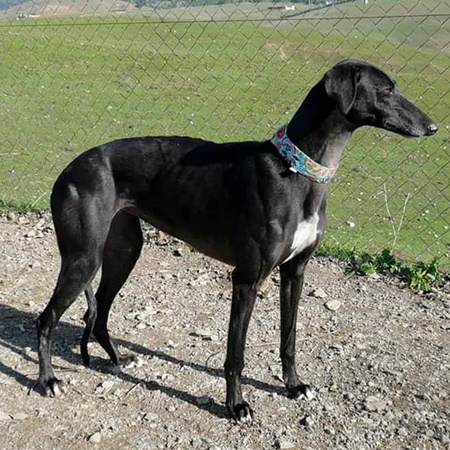 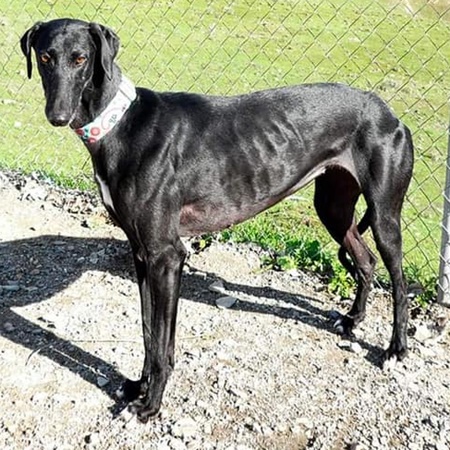 Still in Spain, not for adoption yet!
StiMara a galga from Spain will be joining us soon.Here is a write up from the shelter in Spain .Mara, Spanish galgo
Female born on 05.08.2018, 23kg and 62cm.
Negative diseases
Character
This beautiful black galgo arrived at the refuge very scared and peeing herself when we wanted to touch her.
Her former owner must not have been the most tender with her and she is suspicious of the people.
However, the kindness that characterises the Spanish galgo quickly appeared as soon as she felt confident with us.
Now she lets us approach and caress her more easily.
Mara loves her treats which makes it easier for us to get in touch with her.
She shares her kennel with another galga. They get along great and as soon as they are out running, they are never far from each other.
Mara needs a house with a well fenced garden. She keeps the hunting instinct anchored in her.
History
Mara and three other galgos arrived at the shelter after their galguero decided to get rid of them.
Cats: everything went very well during our cat test. Mara was quite shy and disinterested. At no time was she aggressive with him (See video).
Dogs : Mara has a rather submissive and reserved character. She gets along well with the other dogs at the shelter but tends to want to ‘run’ a little too close to dogs smaller than her.
Children : Mara remained calm and rather shy during her interaction with children. There were no bad gestures or signs of aggression.