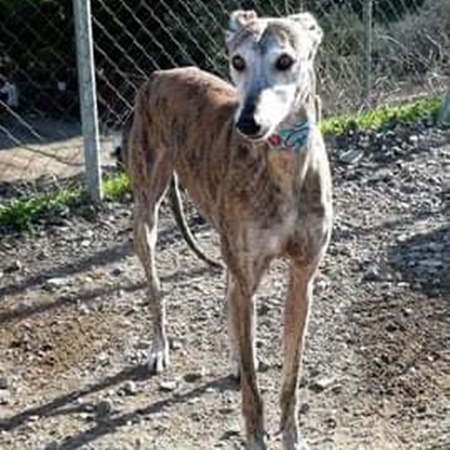 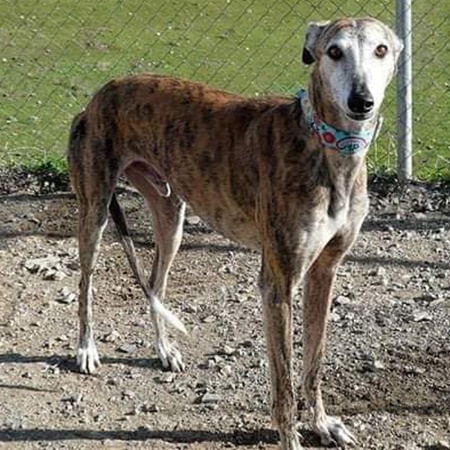 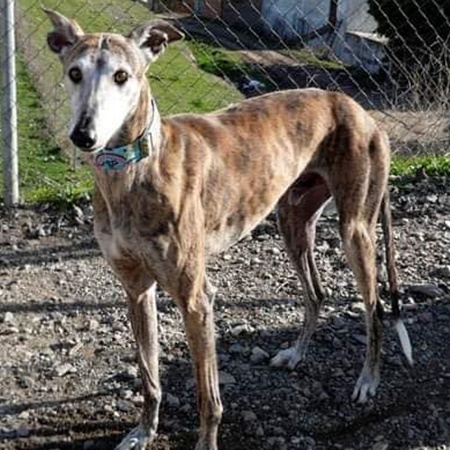 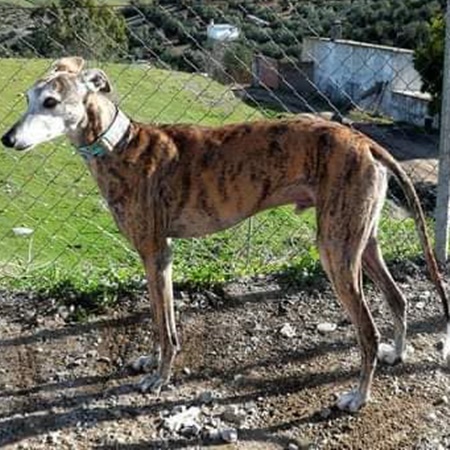 Still in Spain, not for adoption yet!
Gran-Poder will be joining us soon from Spain.This is a write from the shelter in Spain . Name : Gran-Poder, galgo male
Age : 22/12/2017
Size: 68 cm, Weight: 28.2 kg
Health : Vaccinated, dewormed, castrated, OK 3 MM
Story: Gran-Poder arrived at the refuge after we were told that his galguero wanted to get rid of it.
Character: This beautiful, proud and haughty galgo is still a bit shy and timid with people he doesn’t know. For a few days now, he has been a little more serene and is enjoying his outings with his ‘girlfriends’. He loves being with females and struts in front.
He does not like the company of dominant or noisy dogs. He will know how to defend himself if he is attacked.
WARNING: He has a hunting instinct. Gran-Poder needs a house with a large well fenced garden to be really happy.
Cat: Gran-Poder was absolutely not interested in our little feline.
Dogs but not dominant dogs: Gran-Poder gets along well with the other dogs at the shelter but doesn’t like dominant dogs at all and has a tendency to ‘chase’ small dogs.
Children : Gran-Poder is a sociable dog but still shy with people he doesn’t know. He is not really used to physical contact and stroking but gradually becomes more affectionate.